This year at Citi Field is the best yet. More to come as I have time to really comb through the venues, but the biggest news is actual craft beers on tap. The price increased from $9 to $9.50.

New bottles and cans at the Empire Craft Beer Stand mentioned above, and the one near Keith’s Grill on the Field Level section 132.

The existing Craft Beer Dugouts are still there, featuring:

You can find some craft beer a few other places, at some of the food stands that aren’t the four big ones in center field for example. The Goose Island IPA is in a lot more places as well.

At Big Apple Brews, the list is roughly the same. 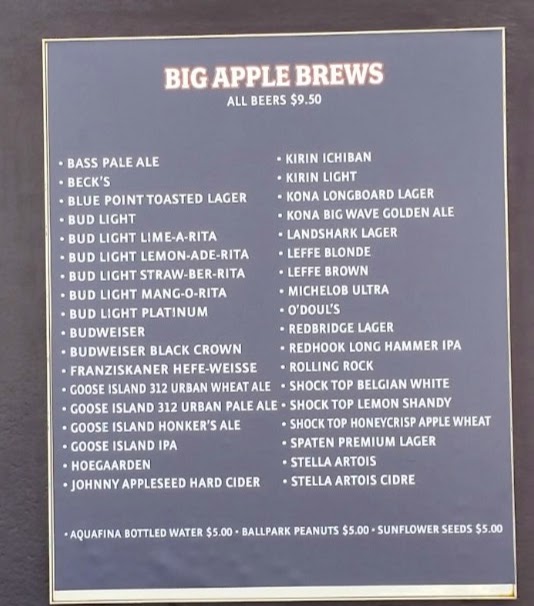