Mikkeller NYC will open at Citi Field on Sunday. As someone craving, demanding and savoring good beer at Citi Field since its inception, you know I’m absolutely thrilled about this. 60 rotating taps at a brewery/tap room just outside the stadium, typically open before and after games? What’s not to love?

Although there is no indication they’ll be open early before Opening Day, we do have a few details, in part from an Eater post, about what’s going on. There’s a menu, which is interesting but I’ll be trying the new stuff inside the stadium first anyway. I want a draft list, and Eater only lists four beers of 60. Henry Hops and Say Hey Sally, which were inside the stadium last year, Beer Geek Parlor Coffee Stout which is their Beer Geek line using locally roasted coffee, and Fruit Face w/ Cranberry, Rhubarb and Orange, which is a Berliner Weiss, a sour wheat ale. 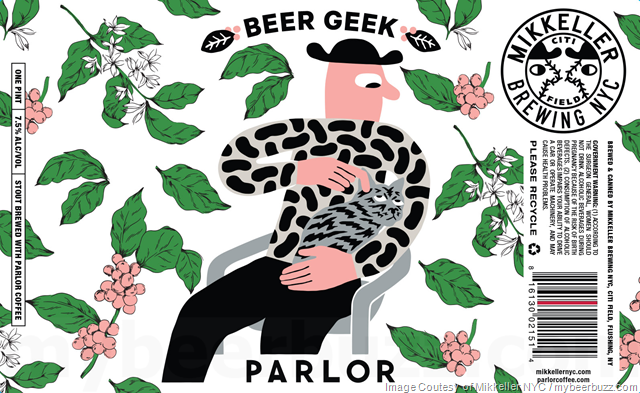 Amazin’ Avenue writer and editor Chris McShane has some more info in this tweet. Looking at that tap list picture it looks like the Parlor Oatmeal Coffee Stout is the only other NYC brewed beer at this time. Lots of stuff from the San Diego brewery and Mikkeller’s portfolio in general, and also a nice compliment of other breweries such as Transmitter, Industrial Arts, Night Shift and Thin Man. Highly regarded breweries. There are sours, dark beers, salty beers, big beers and little beers on this list, which is lots of fun, even if they’re not actually _in_ the ballpark. There’s also 4oz pours, which might be a responsible way to ease into a day of drinking in the sun.

I don’t know if they’ll be an expanded selection inside or not, we’ll have to wait until Opening Day for that, but there’s a new great spot to head before and after a game now, and enjoy delicious beer. That’s where you’ll find me for sure.